Killer Whale vs. Great White Shark. T-Rex vs. Velociraptor. Scorpion vs. Centipede.  These topics grab the attention of so many readers in our library.

When the 5th grade language arts teachers, Ms. Freeman & Ms. Hinkle, asked me to brainstorm some lessons ideas about the following standard, my mind immediately jumped to these popular books.

I began to think about how students might create their own quick versions of these stories using books from our informational section.  Ms. Hinkle and Ms. Freeman scheduled each of their language arts classes to come to the library for 45 minutes.

We began our time together on the floor and took time to look at a selection of books from the Bug Wars, Dinosaur Wars, and Who Would Win series. I asked students how an author might go about comparing two animals who might not actually meet in real life. We brainstormed a list of categories that an author might use to compare animals: size, speed, abilities, classification, etc.

Next, we took a look at an interactive ebook from Capstone called Tyrannosaurus Rex Vs. Velociraptor from the Dinosaur Wars series. We looked at the structure of the book and how the author used size, speed/agility, weapons, and attack style to compare the two dinosaurs. In addition to the summaries at the top of the page, we saw how the author gave several pieces of evidence to backup the point of which dinosaur was superior to the other in a particular category. 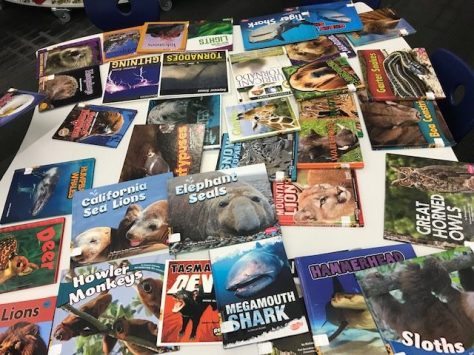 This set us up for our work session. Ahead of time, I pulled multiple animals books from our library as well as a few other things that could be compared like weather events and landforms. When I pulled the books I considered which animals I might pair together if I was choosing, but I wanted students to have the choice of whichever pairings they wished to have.

With a partner, students selected two “things” to compare. This was a bit of a frenzy as students tried to quickly pair two animals or other things together before resources started to disappear to other partners. 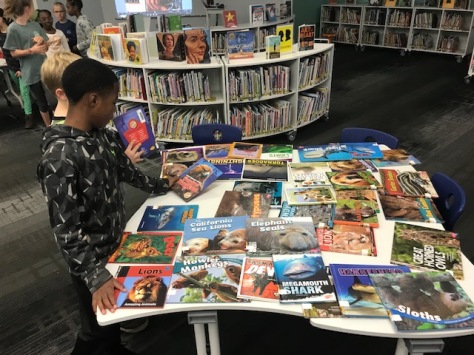 Then, they used a brief graphic organizer to decide on 4 categories to compare the two things. I encouraged them to look at the index in the books to help them think about comparisons they might make. 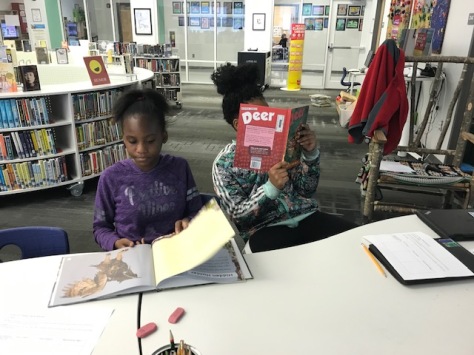 Their goal was to find evidence for each thing in each category and then decide on a winner for that category based on the evidence.

After looking at the evidence for all 4 categories, students decided on the overall winner. Sometimes students couldn’t decide an overall winner, so I encouraged them to create some “what if” scenarios that might help them think about when one of the particular animals or things might come out on top. If time allowed, students could create a Flipgrid video explaining their comparisons. 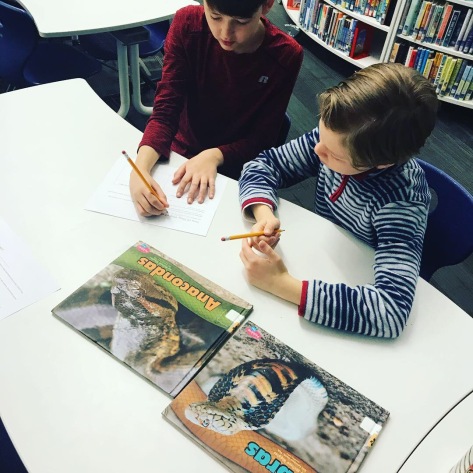 The teachers and I circulated between the pairs of students and conferenced with them on their categories and pushed them to look for evidence. What we saw as we conferenced was that most students were excited and engaged. 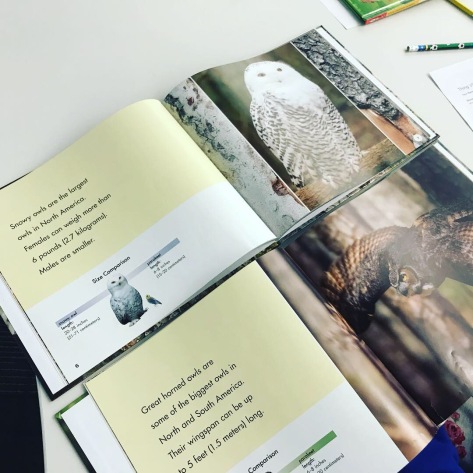 They were really searching for information and putting books side by side to make comparisons. They were having critical conversations to determine which animal would actually win in each category based on the evidence they found.  They were even asking to see additional resources like websites and other books because they weren’t finding the info that they were looking for. 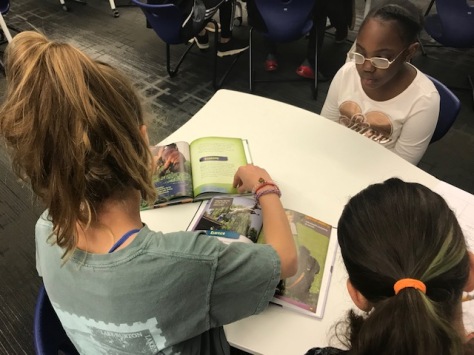 This project gave me lots to think about. The concept of competition between “things” was motivating for students. I didn’t give them a detailed graphic organizer with a bunch of pre-written questions they had to find answers to. They determined the categories and looked for the answers. I was surprised by how many students started asking for additional resources because they wanted to find the answer they were looking for rather than trying to make one resource work for everything as I’ve seen in other research projects.

Of course, everything wasn’t perfect and some students didn’t stay focused the entire time. However, I saw an engagement that I don’t always see. I saw students excited about diving into books without too many complaints that we weren’t researching on the computer. We also didn’t really have enough time for most students to record. The teachers are going to try to give time back in class to finish recordings. 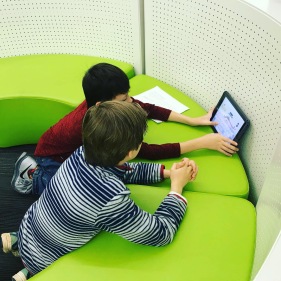 I want to unpack this a bit more in my mind and think about implications for future projects. I definitely think that this project could be expanded to something much bigger. It was obtainable in a day, but it could be so much better with a little more time. 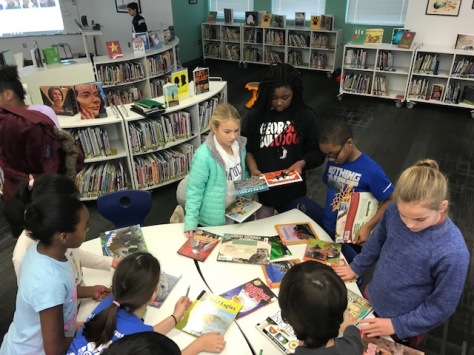 The students who were able to record so far would love for you to take a moment to watch their videos. If you decide to try this out with your students, I would love to hear how it goes and what modifications you made.